The developments he not-so-secretly hoped might resuscitate his political chances -- from a pre-election coronavirus vaccine to a   damning trove of Justice Department findings   to a   massive new stimulus package   complete with another round of checks emblazoned with his signature -- have all faded in likelihood.
Once optimistic he could use the powers of his office to coerce well-timed wins, Trump now finds his efforts running up against political headwinds, regulatory burdens and plain reality. He is days away from reaching the last feasible point in his administration when promising something in "two weeks" will improve his electoral chances. Some outside the White House -- including his onetime national security adviser -- have openly fretted at what Trump might orchestrate to make up political ground.
Furious at his deputies for failing to execute, Trump is rethinking his potential second term Cabinet, people familiar with the matter said, though he remains superstitious and does not like discussing who he would reappoint if reelected, believing it back luck. At the White House, efforts to deliver final-hour policy wins are scattershot at best as staff work through a viral outbreak. Trump himself has proven less than helpful, offering contradictory edicts via Twitter.

"We'll see, you know, can only do what you can do," Trump said during a call into Fox Business Network on Thursday morning, his fifth time speaking to a Fox network since returning home from the hospital. "But there's never been an administration that's done so much so well."
The disappearing lifelines have infuriated the President. Instead of big new announcements from the Rose Garden or in an election battleground, Trump has taken to dialing Fox hosts from the White House and ripping his senior-most Cabinet members for not delivering before November 3.

Even the most loyal 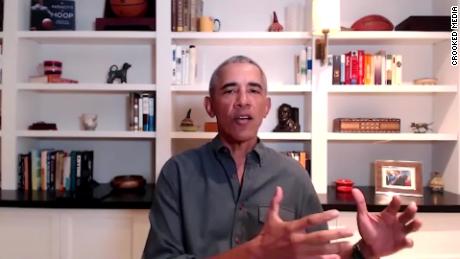 Even officials viewed as the most loyal and therefore the safest -- such as Attorney General William Barr, Secretary of State Mike Pompeo and Treasury Secretary Steven Mnuchin -- have not escaped Trump's wrath. Trump refused to answer when questioned during a Newsmax phone-in on Wednesday whether he would ask Barr to serve in a second term.
"I have no comment," he said. "Can't comment on that. It's too early. I'm not happy."
A day later, it was Mnuchin, currently leading fruitless negotiations on Capitol Hill over a new stimulus package, being lashed by the President.
"He hasn't come home with the bacon," Trump said.
In other settings, Trump has chastised aides for not lining up major announcements in the campaign's final weeks that might help improve his standing with key electoral groups where he has lost ground, such as senior citizens or women. And even after returning to the White House from his hospitalization for coronavirus, Trump remained upset at his chief of staff for telling reporters that his early symptoms were worrying.
This autumn has still been ripe with election season surprises, from a Supreme Court vacancy to new Middle East diplomacy to the President's own Covid diagnosis and hospitalization. But the items Trump had once planned to tout in the closing days of the presidential contest are fizzling -- an unfamiliar experience for a man used to getting what he wants.
"When I knew Donald, pretty much everything always broke his way. There was always somebody there to clean up his mess. There was always somebody there to hand him hundreds of millions of dollars to bail him out," said Mary Trump, the President's niece who recently published a scathing account of his upbringing. "He is in a completely different universe right now where nobody is left, really, to help him out of the jams he keeps getting himself into. And I think that's the pressure he's feeling, honestly." 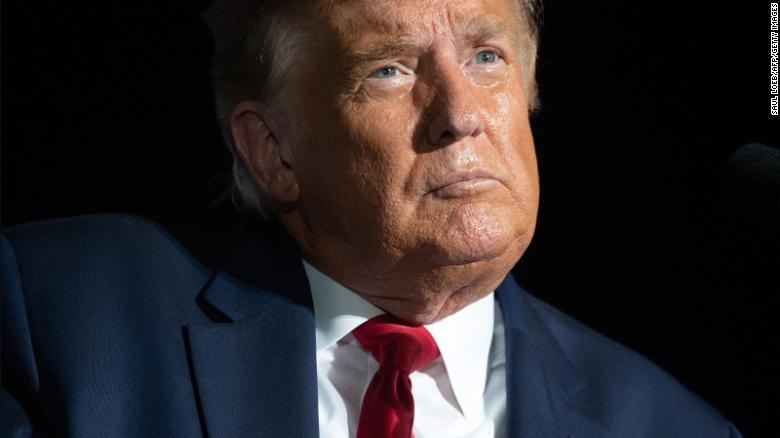 Another 'massive' Trump conspiracy theory totally fizzles out
The latest potential "October Surprise" was extinguished this week. After consistent hyping by the President and his allies in conservative media, a Justice Department investigation into the routine intelligence practice of "unmasking" ended without any charges,   according to The Washington Post .
It's also become clear a separate probe by US Attorney John Durham into the origins of the Russia investigation will fail to produce the type of damning information Trump once hoped would convince voters he'd been unfairly persecuted during the first years of his presidency.
Current and former Justice officials have said the Durham probe has yet to find evidence to bring any major indictments against the people Trump considers his political enemies. And Barr has also told Republican lawmakers in recent weeks not to expect a report from Durham on his findings before Election Day.
Durham is notoriously slow and methodical in his investigations, which typically stretch years, according to people familiar with how he works, an issue that has frustrated Justice officials and Trump's congressional allies.
It has also enraged the President, who has directed his fury at Barr, accusing him of stalling.
"Why should they get a free pass because it took too long to do the investigation?" he said Thursday during his telephone interview on Fox Business. "They want to wait until after the election to be nice? It's very sad. Actually it's pathetic."
Trump has been no less forgiving of Pompeo, who he accused last week of dragging his feet in releasing some of Hillary Clinton's emails. The top diplomat responded by saying he was working quickly to get them out before Election Day.
"We will do everything we can to make sure that the American people get a chance to see as much as we can equitably produce," Pompeo said Wednesday, declining to say why it was necessary for the State Department to take such steps three weeks before the election.
Trump has also been open in venting his frustration at the government's health agencies for allowing regulations to take effect that essentially guarantee a coronavirus vaccine won't be granted emergency use authorization before November 3. Trump had once openly speculated a vaccine would be available before the election, a prospect whose political upsides he did little to discount.
But after a weeks-long hold-up by White House officials, the US Food and Drug Administration made clear in new guidelines last week that comprehensive safety data on vaccine candidates will be required before emergency authorizations are granted -- making it difficult, if not impossible, for any vaccine maker to apply for emergency authorization by Election Day.
Trump fumed in the hours afterward -- "Just another political hit job!" -- and still sounded chagrined on Thursday morning.
"It would have before the election and might still be a little bit," he said. "There's a lot of politics."
The politics have similarly stymied Trump's talks on a major new stimulus, which just last week he tried calling off before abruptly reversing course. The move, which caused stocks to tumble, puzzled many of the President's allies since Trump himself had been itching to issue new checks to Americans in the weeks before the election.
After Trump said Thursday morning he was willing to go higher than his administration's current $1.8 trillion offer, Senate Majority Leader Mitch McConnell quickly said such a proposal wasn't in the offing.
"That's not what I'm going to put on the floor," he told reporters in Kentucky.

Trump has sought to make 11th-hour strides on foreign policy, traditionally an area where presidents have wider leeway. He has touted new normalization agreements between Israel and Arab Gulf nations and his administration is renewing a push to finalize a nuclear agreement with Moscow, hoping that a deal may force China to reconsider its position on trilateral arms talks.
But even there, Trump is finding it difficult to execute on his promises. America's most senior general publicly pushed back on an announcement that the US will aggressively reduce the number of troops in Afghanistan by the end of the year, irrespective of conditions on the ground.
"Robert O'Brien, or anyone else, can speculate as they see fit. I am not going to engage in speculation, I'm going to engage in the rigorous analysis of the situation based on the conditions and the plans that I'm aware of in my conversations with the President," Gen. Mark Milley, the chairman of the Joint Chiefs of Staff,   told NPR .
The absence of wins has left some former officials wondering what the President may devise as the election concludes.
"I think he must see that the political environment for him is becoming increasingly problematic, so his desire to do what he wants to do in the last weeks of the campaign I think becomes more insistent," former national security adviser John Bolton -- now a critic of Trump's -- said in an episode of "The Axe Files" this week, listing a new arms deal with Russia or a fourth summit with North Korean dictator Kim Jong Un as the the types of outlandish October surprises Trump might concoct.
"The kind of flashy, showy, bright lights event -- that's what a Donald Trump would think of," Bolton said. "And I do think that possibility remains even as the election grows closer."