Obama warned of pandemic threat in 2014, but GOP blocked funding

Former President Barack Obama warned Americans in 2014 about the potential for a coming pandemic and pushed for billions in emergency funding that was ultimately blocked by Republicans in Congress.

Former President Barack Obama warned the nation in 2014 about the potential for a coming pandemic and pushed for billions in emergency funding that was ultimately blocked by Republicans in Congress.

"MORE: Barack's on board | Obama endorses Joe Biden for president

In a speech on December 2 that year in Bethesda, Maryland, Obama urged Congress to set aside partisan differences and pass funding to combat pandemics in the future.

"There may and likely will come a time in which we have both an airborne disease that is deadly, and in order for us to deal with that effectively we have to put in place an infrastructure, not just here at home but globally, that allows us to see it quickly, isolate it quickly, respond to it quickly, so that if and when a new strain of flu like the Spanish flu crops up five years from now or a decade from now, we've made the investment and we're further along to be able to catch it."

Nearly a month earlier, on November 5, 2014, Obama asked lawmakers for $6.18 billion in emergency funds to enhance the government's ability to respond to an outbreak of Ebola, which was an urgent situation at the time.

Obama's request included $4.64 billion for immediate response and $1.54 billion as a contingency fund to ensure that there are resources available to meet the evolving nature of the epidemic.

But in an ultra-conservative Congress with little appetite for big spending measures, Obama's proposal was pretty much dead on arrival.

"I cannot think of a better example of an area where we should all agree than passing this emergency funding to fight Ebola, and to set up some of the public health infrastructure that we need to deal with potential outbreaks in the future." — Former President Barack Obama in 2014

The funds would have included millions of dollars for personal protective equipment (PPE) for the Strategic National Stockpile which is where much of the drastic shortages are being seen across the country in the current crisis.

As part of the plan, Obama also wanted to fortify domestic public health systems and support more than 50 Ebola treatment centers through state and local public health departments, according to a fact sheet about the administration's response to the outbreak.

"I cannot think of a better example of an area where we should all agree than passing this emergency funding to fight Ebola, and to set up some of the public health infrastructure that we need to deal with potential outbreaks in the future," Obama said at the time. "How do you argue with that? That is not a partisan issue. That is a basic common sense issue that all Americans can agree on ... For the most part people have recognized this is not a Democratic issue, nor a Republican issue, it's about the safety and security of the American people. So let's get it done. This can't get caught up in normal politics. We need to protect the American people and we need to show the world how America leads."

Obama's push for a national framework with installations ready to swoop in and curtail an outbreak like the coronavirus met fierce resistance, and funding for pandemics was forced to stay at the levels approved in 2010 through the end of Obama's final term in office.

"We inherited a broken system," Trump says in one his often repeated references to the Obama administration, despite the former president's efforts to previously shore up the stockpile. "But they also gave us empty cupboards. The cupboard was bare. You've heard the expression, 'the cupboard was bare.' So we took over a stockpile with a cupboard that was bare," Trump said on April 6.

" RELATED: Trump defends virus response — 'We did everything right'

The stockpile would have benefited from $321 million more in Obama's term than it ended up getting, according to budget documents reviewed by ProPublica.

The tense budget standoffs between the Obama White House and congressional Republicans came during the years of the historic Tea Party movement which stood firm on deep cuts to federal spending.

Lawmakers at the time simply didn't see the need for a more robust armature against a pandemic amid a very small number of Ebola cases in the United States. The outbreak began in West Africa, and ended in 2016 with 28,600 cases and 11,325 deaths worldwide, according to the Centers for Disease Control and Prevention in Atlanta.

It spread to the United States in September, but only 12 people wound up being infected. All but two of those people recovered. Notably, the global containment efforts in the crisis were led by the Obama administration.

And despite the former president's prescient warning nearly six years ago, President Donald Trump has still maintained at multiple coronavirus task force press briefings that "no one could have predicted this" devastating outcome from the current pandemic.

Trump, who shut down travel from China to the United States on January 31, has come under severe criticism for his administration's larger response in the months leading up to the virus being declared a global pandemic.

The administration is taking heat for the government's overall preparedness and for its handling of the crisis with medical supplies in severe shortage.

The president is also accused of downplaying the severity of the crisis after dire warnings were circulating in the West Wing as early as January.

"The coronavirus is very much under control in the USA. We are in contact with everyone and all relevant countries. CDC & World Health have been working hard and very smart. Stock Market starting to look very good to me!" Trump tweeted on February 24.

By March 17, Trump finally admitted that "this is a pandemic. I felt it was a pandemic long before it was called a pandemic."

Trump has also repeatedly placed blame on the previous administration over the depleted state of the strategic stockpile and for faulty coronavirus tests which were actually produced under his authority in 2020. "We inherited a broken test — the whole thing was broken," Trump said on "Fox and Friends" on March 30.

The Trump administration disbanded the White House pandemic response team in 2018 but some of the members on the panel were reassigned to roles that included the same mission and responsibilities.

Your subscription to the Atlanta Journal-Constitution funds in-depth reporting and investigations that keep you informed. Thank you for supporting real journalism. 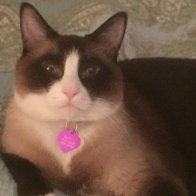 I see that this site will not let the image come over. I would have probably had to do a screenshot on it to get it.